Realme is all set to launch 5 series smartphones in India on August 20. And now, it is being reported that the Realme 5 will pack a massive 5,000mAh battery, while the Realme 5 Pro is confirmed to come with VOOC 3.0 fast charging.

Realme is all set to launch 5 series smartphones in India on August 20. However, just a few days before the of the Realme 5 series, the smartphone maker has revealed more details about the upcoming products. Realme 5 series will include a regular Realme 5 and a Realme 5 Pro and both will feature quad camera setup. Yes, you read it right. And now, it is being reported that the Realme 5 will pack a massive 5,000mAh battery, while the Realme 5 Pro is confirmed to come with VOOC 3.0 fast charging.

As per promo images on the Flipkart, the Realme 5 will house a 5,000mAh battery, which will be the biggest yet for a Realme phone. On the other hand, Realme confirmed the launch date of Realme 5 series. Take a look:

According to Geekbench listing, Realme 5 is expected to be powered by a Snapdragon 665 chipset. Interestingly, this will be the first smartphone in India to feature Qualcomm's new Snapdragon 665 SoC. It is worth mentioning here that the Mi A3 is the first global smartphone to feature the Qualcomm chipset and it is set to come to India a day after the launch of the Realme 5 series.

It is to be noted that the budget smartphone Realme 3i was recently launched in India. Realme 3i is equipped with a 6.2-inch HD+ display with a screen resolution of 1520 x 720 pixels, 19:9 aspect ratio. It also features Gorilla Glass 5 protection and have an in-display fingerprint sensor for authentication. The smartphone is powered by a MediaTek Helio P60 2.0GHz octa-core processor. It runs on Android 9.0 Pie, which is based on ColorOS 6.0.

Both the variants can be expanded to 256GB via micro sd card. On the optics front, the device houses a dual-camera setup with a combination of 13-megapixel primary sensor with an f/1.8 aperture and a 2-megapixel secondary sensor. On the front, there is a 13-megapixel sensor with f/2.0 aperture, 1.12-micron pixels. The base variant is priced at Rs 7,999 while the 4GB RAM + 64GB storage variant costs Rs 9,999. 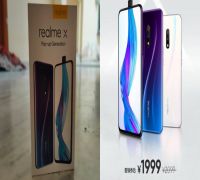 Realme X 256GB variant to arrive in China on August 18: Specifications inside 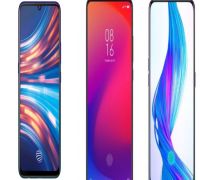 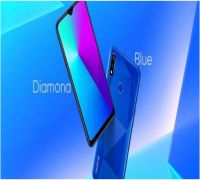 Realme 3i set to go on sale in India TODAY: Specifications, prices, sales offers inside