Redmi K20 Vs Realme X Vs Samsung Galaxy M40 Vs Vivo Z1 Pro: Smartphone you should consider under Rs 20,000 budget

Are you looking for a best smartphone and your budget is around Rs 20,000? Well, you will get four options under your budget and those are Redmi K20, Realme X, Samsung Galaxy M40 and Vivo Z1 Pro. Confused! Aren’t you?

Looking for a best smartphone and your budget is around Rs 20,000? Well, you will get four options under your budget and those are Redmi K20, Realme X, Samsung Galaxy M40 and Vivo Z1 Pro. Confused! Aren’t you? News Nation brings to you the comparison between these three phones on the basis of features, specifications and price and it will definitely help you decide which one you should go for?

The Redmi K20 is equipped with triple camera setup at the back with one being a 48 MP Sony IMX586 sensor coupled with 13 MP and 8 MP camera lens. For selfies, the smartphones will have a 20 MP pop out camera with AI technology.

The Redmi K20 is fuelled by a 4000mAh battery with fast-charging technology.

The smartphone weighs 168 grams and has 7.9mm of thickness.

The Samsung Galaxy M40 features a 6.3-inch full-HD+ Infinity-O Display, Corning Gorilla Glass 3 protection and 480 nits of brightness. The device runs 9 Pie with One UI on top and has an octa-core Qualcomm Snapdragon 675 SoC, paired with Adreno 612 GPU and 6GB of RAM.

As far as the optics are concerned, the smartphone is equipped with a triple rear camera setup that houses a 32-megapixel primary shooter. There’s also a 5-megapixel secondary and an 8-megapixel tertiary sensor with an ultra-wide-angle lens. There is a 16-megapixel shooter on the front.

On the space front, the Galaxy M40 has 128GB of inbuilt storage that is expandable via microSD card (up to 512GB).

It packs a 3,500mAh battery which is paired with a 15W fast charging technology.

On the connectivity front, the smartphone includes 4G VoLTE, Wi-Fi, Bluetooth, GPS/ A-GPS and a USB Type-C port. It is to be noted that there is a fingerprint sensor at the back.

The smartphone is available through Amazon.in and Samsung Online Shop with a price tag of Rs 19,990.

The Vivo Z1 Pro is the first smartphone to be powered with octa-core Qualcomm Snapdragon 712 SoC in India. The new SoC is based on 10nm manufacturing process and includes eight Kryo 360 CPU cores clocked at up to 2.3GHz and Adreno 616 GPU.

It also include Center Turbo, AI Turbo, Net Turbo, Cooling Turbo and Game Turbo features with an aim to improve the gaming performance.

The smartphone will be housing a 32-megapixel in-display (company speak for hole-punch) selfie camera and a triple rear camera setup with LED flash. It will further pack a 5,000mAh battery with 18W fast charging support as well as a rear fingerprint sensor. 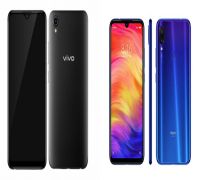 Vivo Y90 Vs Redmi 7: Which budget smartphone you must consider? 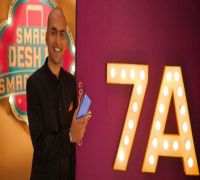 Redmi 7A with Snapdragon 439 SoC, 12-megapixel goes on SALE: Key features inside 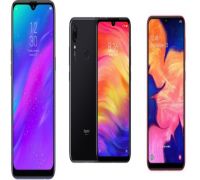