Vivo U20 To Be Powered By Snapdragon 675 processor, Launch In India November 22

Vivo U20, the latest addition to the smartphone maker’s U-series, will be launched in India on November 22 at 12 pm (noon). According to the Vivo, the upcoming smartphone will come with Snapdragon 675 AIE processor.

Vivo U20 To Be Powered By Snapdragon 675 processor (Photo Credit : File Photo )

Vivo U20, the latest addition to the smartphone maker’s U-series, will be launched in India on November 22 at 12 pm (noon). Days ahead of the official launch, the smartphone maker has revealed some of the key specifications of Vivo U20. Previously, the company confirmed that the Vivo U20 will come packed with a 5000mAh battery with 18W fast charging support. Vivo has now revealed the hardware specifications of the Vivo U20.

According to the Vivo, the upcoming smartphone will come with Snapdragon 675 AIE processor. It is the same chipset that powers the last two generations of Vivo V-series i.e. V15 Pro and V17 Pro. The company further claimed that Snapdragon 675 is 25 per cent better than Snapdragon 665 SoC. The phone will also come with up to 6GB RAM and UFS 2.1 storage.

As per Vivo's recent official teaser page on Amazon.in, Vivo U20 is seen sporting a gradient design with a royal blue-purple backdrop and a wavy pattern running across the glossy back. Also, there is a rear-mounted fingerprint sensor and a triple rear camera module at the back. On the front, one can see the display with a waterdrop notch and a small chin at the bottom.

Vivo U20's teaser page on Amazon mentions that the Vivo U20 will likely be sold exclusively via Amazon. Vivo U20 will rely on the faster UFS 2.1 storage standard, which essentially means faster file transfer.

Vivo U20 is likely to feature a 6.3-inch full-HD+ (1080x2340 pixels) display. The phone's triple rear camera setup may include a 16-megapixel primary sensor, assisted by an 8-megapixel secondary sensor, and a 2-megapixel tertiary sensor. On the front, there may be a 16-megapixel selfie camera. The device is expected to boot Android 9 Pie with Funtouch OS 9.1 on top. The smartphone may pack a 5,000mAh battery with 18W fast charging support.

Also Read: Realme 5s To Be Launched In India TODAY: Specs, Features Inside

It is to be noted that the upcoming smartphone is the successor of Vivo U10 that was launched earlier this year. 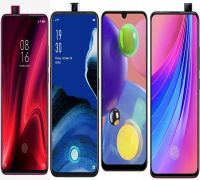 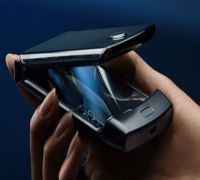 Motorola Razr (2019) Unveiled: All You Need To Know About Foldable Smartphone 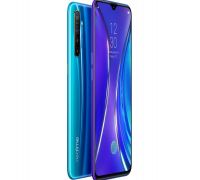