At least ten people were killed after a small, twin-engine plane crashed into a hangar while taking off from a Dallas-area airport Sunday morning. The identities of the victims has not been released yet.

At least ten people were killed after a small, twin-engine plane crashed into a hangar while taking off from a Dallas-area airport Sunday morning. The identities of the victims has not been released yet.

A spokeswoman for the town of Addison, Mary Rosenbleeth said that no one aboard the twin-engine plane survived at the Addison Municipal Airport, about 20 miles (32 Km) north of Dallas.

She further said, “The Dallas County medical examiner’s office confirmed the fatalities to the town and that authorities are still working to notify the families of the victims.”

According to the Federal Aviation Administration, the Beechcraft BE-350 King Air hit an unoccupied hangar soon after 9 am. The agency further said that the blaze destroyed the plane but couldn't confirm how many people were aboard.

In the meantime, Addison fire spokesman Edward Martelle said, “The plane, which was headed for St. Petersburg, Florida, was taking off at the south end of the airport. It had just lifted off the runway when it veered left, dropped its left wing and went into the hangar.” “The resulting fire was quickly extinguished,” he added.

David Snell, who was getting ready to fly from the airport with a friend, told KDFW TV that the plane didn’t sound right on takeoff.

“It looked like it was clearly reduced power. I didn’t know if it was on purpose or not, but then, when the plane started to veer to the left, and you could tell it couldn’t climb. My friend and I looked at each other and we’re like, ‘Oh my God. They’re going to crash,’” Snell said.

Soon after the unfortunate incident, the National Transportation Safety Board (NTSB) said on Twitter it was sending a team to investigate the accident. A statement from the FAA said the agency was also en route to Addison to investigate. 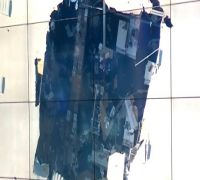 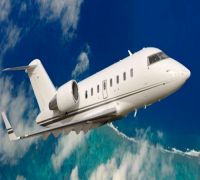 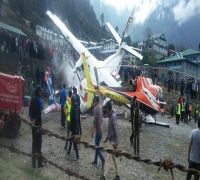 2 killed, 5 injured in plane crash at Tenzing–Hillary-Lukla airport in Nepal