Dawood Ibrahim's top Pakistani aide, who is lodged in a UK jail awaiting extradition to the US, is suffering from depression and has made at least three suicide attempts in the past, making him unfit for deportation, his lawyers told a British court.

Dawood Ibrahim's top Pakistani aide, who is lodged in a UK jail awaiting extradition to the US, is suffering from depression and has made at least three suicide attempts in the past, making him unfit for deportation, his lawyers told a British court.

Jabir Moti, 51, who was arrested by Scotland Yard last year, appeared before the Westminster Magistrates' Court here at the start of his trial on Monday.

He faces extradition to the US after an FBI probe charged him with money laundering, extortion and conspiracy to import unlawful substances such as heroine.

Moti, who is referred to during the court proceedings under different names like Jabir Motiwala and Jabir Siddiq, is accused of laundering around USD 1.4 million to date on behalf of the D Company, headed by Dawood -- a key accused in the 1993 Mumbai bomb blasts case.

"Mr Motiwala, a high-ranking member of D Company, travels extensively and conducts meetings for its head -- one Dawood Ibrahim, an Indian Muslim who along with his brother Anis Ibrahim are fugitives from Indian justice," said barrister John Hardy, appearing on behalf of the US government.

In his opening statement, Hardy laid out details of the D Company as an international criminal organisation based in India, Pakistan and the UAE which carried out illegal activities in the US, including narcotics trafficking and extortion.

He told Judge John Zani that the FBI's investigations, dating back to 2009, involved a series of confidential sources who held undercover meetings and telephone and email interactions with Moti, which implicate him as a lead money launderer for the D Company.

Moti's legal team, led by barrister Edward Fitzgerald, raised the issue of "passage of time" as part of his defence, claiming that the alleged offences date back many years and the "long delay" between 2014 and 2018 had not been "explained" by the US authorities.

However, the crux of the defence case seemed to focus on Moti's mental health condition, which they claimed would be exacerbated on being held in "adverse prison conditions in New York".

"He has a long and documented history of suffering from depression and has made at least three suicide attempts in 2008, 2011 and 2015 and has remained in the care of a psychiatrist in Pakistan since 2008," Fitzgerald told the court, adding that given the "gravity of his condition", Moti would be a high suicide risk if he were to be extradited.

The Crown Prosecution Service (CPS), arguing on behalf of the US government, submitted that while it is accepted the defendant has had mental health issues in the past, the issue for the court would be to determine what measures can be taken to mitigate any risk posed by that condition if he was to be extradited.

Both sides are set to produce witnesses before the court to strengthen their arguments for and against. The charge of importing heroine into the US carries a life sentence, which will also be a focal point of the arguments.

The trial is scheduled for a three-day period until Wednesday but is likely to spill over into a fourth day later this month in order to incorporate all the witness statements.

Judge Zani was first asked to rule on the issue of identity to ascertain that Jabir Moti aka Jabir Motiwala aka Jabir Siddiq was indeed the person sought by the US authorities as part of their investigations.

The judge did rule on the issue and it was agreed that the accused would be referred to as Jabir Siddiq when being addressed directly and as Jabir Motiwala during the course of the legal arguments.

Moti, who appeared in the dock unshaven and in a scruffy T-shirt, has been lodged at Wandsworth prison ? the same prison in south-west London where fugitive diamantaire Nirav Modi is currently being held pending his extradition trial sought by India in relation to the nearly USD 2 billion Punjab National Bank (PNB) fraud and money laundering case.

Moti was arrested by the Scotland Yard from a London hotel in August 2018 in connection with a US grand jury indictment following an extensive FBI probe. The charges against him relate to a period between 2010 and 2014 and could carry a sentence of around 25 years behind bars in the US.

His defence team has previously disputed allegations of him being a key aide of D Company as "obvious nonsense", describing Moti as a "man of exemplary character" who is a tax paying, prominent businessman based in Karachi and accredited as a stock broker, with a family stock-broking business dating back to the 1950s in Pakistan. 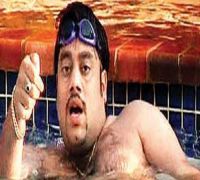 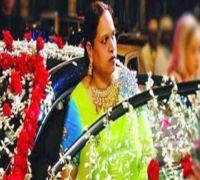 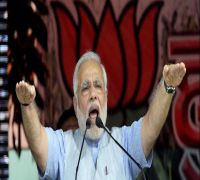