As many as five people including two Pakistani soldiers were killed in a gun and bomb attack in the coal mining area of troubled Balochistan province.

As many as five people including two Pakistani soldiers were killed in a gun and bomb attack in the coal mining area of troubled Balochistan province.

In a statement, Deputy Commissioner Azeem Dummar said that two miners two security personnel and a driver were among the dead after armed attackers stormed a coal mine on Thursday late night in Harnai district, about 70km east of the provincial capital of Quetta.

He further said, "First unidentified armed men opened fire on two labourers working in the coal mine, killing both on the spot." “As the security forces responded to the attack, a vehicle belonging to the paramilitary Frontier Corps (FC) that was rushing to the scene was hit by a landmine explosion about a kilometre away from the coal mine,” the official added. 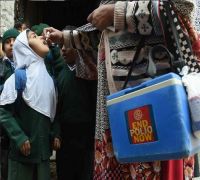 Security stepped up for polio vaccination teams in Balochistan 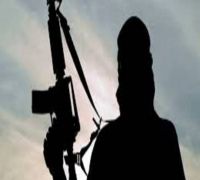 Pakistan: 14 killed in attack on passenger bus on Makran Coastal Highway in Balochistan 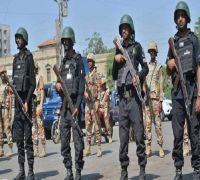 One FC soldier was wounded in the attack. The Baluch Liberation Army (BLA), an outlawed armed separatist group based in the province, claimed responsibility for the attack. In a email statement, a BLA spokesperson Jeehand Baloch said, "We want to make it clear to the local spies and death squad groups of Pakistan Army that they will not be forgiven for their crimes."

It is to be noted that the BLA and other separatist groups have been fighting Pakistani security forces for more than a decade, demanding independence for the ethnic Baloch areas of Balochistan province.

Located in southwestern Pakistan, Balochistan is the country's least populated province with rich deposits of natural gas, coal, metals and minerals. However, Rights groups allege that Pakistani security forces have abducted thousands of pro-freedom Baloch political activists and fighters in their fight to quell the rebellion.

Importantly, Balochistan province is also the site of a major port, which is the culmination of the China Pakistan Economic Corridor (CPEC), a major infrastructure and transportation investment by China in the South Asian nation. The CPEC trade corridor will terminate at the Gwadar seaport, giving goods from southwestern China access to the Arabian Sea through Pakistan.