On February 21, Pakistan government had announced that it had banned the JuD and FIF.

Mumbai terror attack mastermind Hafiz Saeed-led Jamaat-ud-Dawa and its wing Falah-e-Insaniat Foundation have not been banned by Pakistan despite its announcement a fortnight ago and the two organisations continue to be only in the list of groups under watch. According to the website of the Pakistan government's National Counter Terrorism Authority (NCTA), which was updated on Monday, Jamat-ud-Dawa (JuD) and Falah-e-Insaniat Foundation (FIF) are organisations under watch by Ministry of Interior under section 11-D-(1), Schedule-II of the Anti Terrorism Act 1997.

The NCTA website says the notification regarding JuD and FIF putting them under the list of organisation under watch was issued on February 21. However, before that the website had said that both JuD and FIF were placed on the watch list in January 2017.

On February 21, Pakistan government had announced that it had banned the JuD and FIF, amid intense global pressure to rein in the militant groups following the February 14 Pulwama terror attack that killed 40 CRPF jawans.

"This implies that Pakistan has lied on the ban on Jud and FIF. In fact, it has just altered the date of the watch list placement to fool the world," a senior security official said.

The Pakistan government on Monday also put out another order saying it has frozen assets of all UN designated organisations like JuD, FIF.

However, this is nothing but continuation of a decade-old fraud since both the organisations were put in the Schedule-II of the Pakistan's Anti Terrorism Act, 1997, another official said. 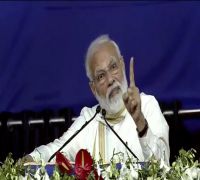 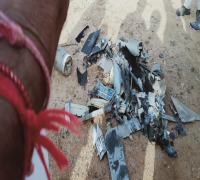 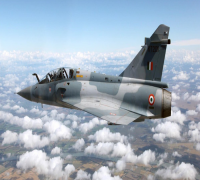 Even the Pakistan Supreme Court and the Lahore High Court had rejected any move of freezing of JuD assets in 2018 because of putting it in Schedule-II as none of its assets can be frozen under the Anti Terrorism Act, the official said.

A spokesman of Pakistan's Interior Ministry had said on February 21 that the decision to ban these two groups was taken during a meeting of the National Security Committee (NSC) chaired by Prime Minister Imran Khan.

"It was decided during the meeting to accelerate action against proscribed organisations," the spokesperson had said in a statement.

"It was further decided that Jamat-ud-Dawa and Falah-e-Insaniat Foundation be notified as proscribed organizations by the Ministry of Interior," he added.

According to officials, JuD's network includes 300 seminaries and schools, hospitals, a publishing house and ambulance service. The two groups have about 50,000 volunteers and hundreds of other paid workers.

The JuD is believed to be the front organisation for the LeT which is responsible for carrying out the Mumbai attack that killed 166 people. It had been declared as a foreign terrorist organisation by the US in June 2014.

The US Department of the Treasury has designated its chief Saeed as a Specially Designated Global Terrorist, and the US, since 2012, has offered a USD 10 million reward for information that brings Saeed to justice.

Saeed was listed under UN Security Council Resolution 1267 in December 2008. He was released from house arrest in Pakistan in November 2017.

The NCTA has so far declared 69 terrorist organisations as banned and a sizeable number of these organisations are based in Balochistan, Gilgit-Baltistan and the Federally Administered Tribal Areas (FATA).

The NCTA has has turned a blind eye to major militant groups such as the Hizb-ul-Mujahideen, the Harkat-ul-Mujahideen and the Al Badr operating in Jammu and Kashmir.