Sri Lanka’s president is facing fresh legal challenges in his attempt to end a 43-year moratorium on capital punishment and start executing drug convicts, officials said Sunday. Two petitions were filed in the Court of Appeal Friday seeking an order quashing any move by Maithripala Sirisena to resume executions, which have not been carried out since the last hanging in June 1976.

"The Court of Appeal will have a preliminary hearing next week. In the meantime, the prisons commissioner has given an assurance to court that there will be no hangings," a court official told AFP.

On Wednesday, Sirisena said he has completed formalities to resume hangings by signing the death warrants of four condemned drug convicts. He did not say when the executions would be carried out. Justice ministry sources said they were yet to fill the vacancies for two hangmen, although more than a dozen candidates had been shortlisted for the job.

Although the last execution was more than four decades ago, an executioner was in post until his retirement in 2014. Three replacements since have quit after short stints at the unused gallows. There has been a mounting chorus of international criticism of Sirisena’s announcement. Justice ministry sources said, however, there would have to be a lengthy administrative process before an execution took place. 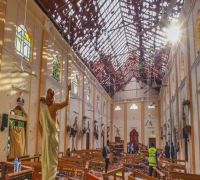 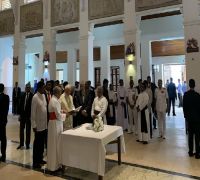 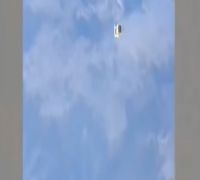 Sri Lanka launches 'Raavana-1' into space, here’s all you need to know

A High Court judge who condemned a convict would have to make a fresh recommendation whether to carry out the death penalty or not. The condemned prisoner also has the option of making a clemency plea to the president. "I have signed the death warrants of four," Sirisena told reporters at his official residence on Wednesday.

“They have not been told yet. We don’t want to announce the names yet because that could lead to unrest in prisons.” An official in Sirisena’s office said the president wanted the hangings to send a powerful message to the illegal drugs trade.

Sirisena said there were 200,000 drug addicts in the country, and 60 per cent of the 24,000 prison population were drug offenders. Criminals in Sri Lanka are regularly handed death sentences for murder, rape and drug-related crimes, but since 1976 their punishments have been commuted to life imprisonment.