Two coaches of an express train veered off the tracks and fell into a canal and another overturned in Bangladesh's northeastern province, killing at least five people and injuring 67 others, authorities said Monday.

Two coaches of an express train veered off the tracks and fell into a canal and another overturned in Bangladesh's northeastern province, killing at least five people and injuring 67 others, authorities said Monday.

The accident happened on Sunday when the Dhaka-bound Upaban Express train, coming from Sylhet, veered off the tracks at Baramchal in Moulvibazar's Kulaura upazila after a culvert broke down, the Dhaka Tribune reported.

"Two of the coaches fell into the canal and one of them overturned, while the other coaches remained tilted," police and railway officials were quoted as saying by the paper.

Following the derailment, rail communication between Sylhet and rest of the country has been snapped, the report said.

Moulvibazar's Civil Surgeon Shahjahan Kabir said that five people have been killed in the accident.

"Two of the killed are females while three are males," he was quoted as saying in the report.

"Moreover, 67 passengers have been injured. 20 of them are in critical condition and undergoing treatment at Sylhet MAG Osmani Medical College," he added.

A senior official from the fire service department said that 11 units of rescuers are at the accident site along with the police personnel to help the survivors.

"A four-member committee led by the chief mechanical engineer has been asked to submit the probe report in the next three workdays," the bdnews24.com reported.

Besides, a five-member divisional probe committee headed by divisional transport officer Mainul Islam has also been formed, the report said. 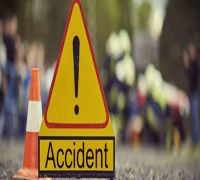 Hamsafar Express, bound for Bengaluru from Agartala, derails near Assam-Tripura border, none hurt 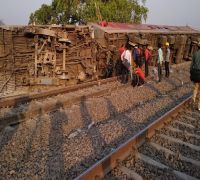 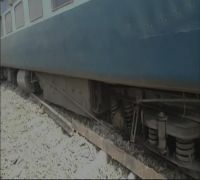