Who will be the next British Prime Minister after Theresa May? Here is a list of top contenders in fray

Among some of the other contenders eyeing Downing Street include the former Brexit secretary, Dominic Raab, and former Commons leader Andrea Leadsom.

At least eight candidates, including hard Brexiteer Boris Johnson, have joined the fray to battle it out to take over the reins from British Prime Minister Theresa May as the UK's ruling Conservative Party leadership contest gets underway. While Johnson, the former foreign secretary, is seen as the frontrunner to succeed May, the contest still remains wide open to at least seven other contenders.

May had announced her resignation earlier this week and is set to formally step down as Tory leader and PM on June 7, after a three-day state visit to the UK by US President Donald Trump. The formal segment of the party leadership contest will then kick off on June 10, but prospective candidates have already begun laying out their bids for the top job. UK environment secretary Michael Gove became the latest Tory MP to announce his intention to challenge Johnson on Sunday.

"I can confirm that I will be putting my name forward to be prime minister of this country. I believe that I'm ready to unite the Conservative and Union Party, ready to deliver Brexit, and ready to lead this great country," he told reporters outside his home in London on Sunday.

Gove's decision is reminiscent of the 2016 leadership race, when he was accused of betraying Johnson by withdrawing his support for him and choosing to contest himself. It led to Johnson withdrawing his bid and Gove went on to lose out in the party ballot, resulting in May being chosen for the post.

Among some of the other contenders eyeing Downing Street include the former Brexit secretary, Dominic Raab, and former Commons leader Andrea Leadsom - both of whom confirmed their leadership bids in different Sunday newspapers. They joined UK foreign secretary Jeremy Hunt, international development secretary Rory Stewart, health secretary Matt Hancock, and former work and pensions secretary Esther McVey, in the battle for the leadership.

All the leadership contenders must make their position on Brexit clear to their electors - the 313 Tory MPs who choose a shortlist and the 124,000 party members who will have the ultimate say on the final two contenders who will go head to head in the race. May's announcement to resign has increased the chances of the UK exiting from the European Union without any deal on October 31 -- the deadline set by EU leaders. 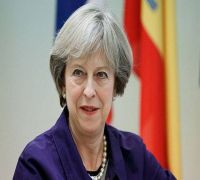 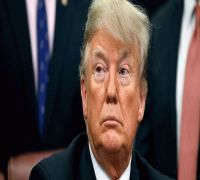 ‘I feel badly for Theresa,’ Trump says of May resignation 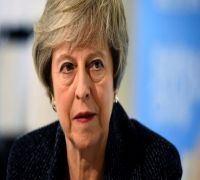 A no-deal Brexit would face fierce opposition in the parliament, including from the ruling Conservative Party lawmakers who backed staying in the EU. Some of the PM hopefuls have said they will seek to negotiate changes to a draft divorce agreement struck with the EU last year but would be ready to go with a no-deal Brexit if refused. The EU has already made it clear that it will not renegotiate the terms of the deal.

A dividing line has emerged between candidates such as Johnson, who say the UK must be ready to leave the EU on October 31 without a deal, and those who oppose a such no-deal Brexit like Stewart who said he would not serve in the Cabinet of someone ?explicitly pushing for a no-deal Brexit".

The Opposition Labour Party also remains divided over the issue, with one section still pushing for a second referendum on the final Brexit deal and the other calling for a common Customs Union with the EU.

"I think the responsibility is on all of those opposition parties to come together with us and some Conservative MPs to block a 'no deal' and if that means going back to the people, yes let's go back to the people," said Labour's shadow chancellor John McDonnell.

Meanwhile, May is set to continue as Prime Minister while the leadership contest takes place. Tory MPs have until the week beginning June 10 to put their names forward, and any of them can stand as long as they have the backing of two parliamentary colleagues.

The candidates will then be whittled down by votes of MPs until two remain, and in July a postal ballot of all Tory party members will be held to decide the winner. The last leader elected by the Tory party membership was David Cameron in 2005. May was chosen unopposed in 2016 after Leadsom withdrew her candidature at the last minute.