Violence in Ethiopia that began with protests against Prime Minister Abiy Ahmed and quickly morphed into ethnic clashes has left 67 people dead in Oromia state, a police official said Friday. 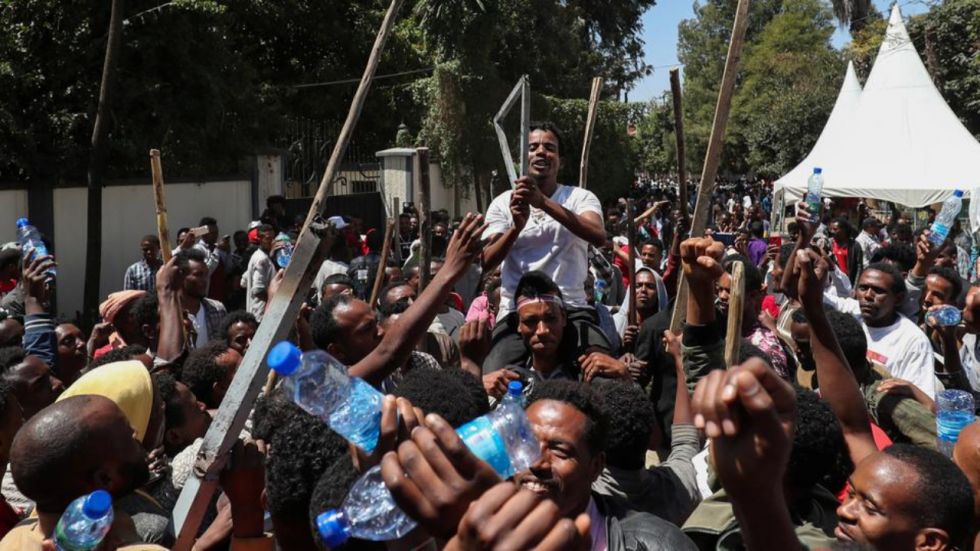 Violence in Ethiopia that began with protests against Prime Minister Abiy Ahmed and quickly morphed into ethnic clashes has left 67 people dead in Oromia state, a police official said Friday. The spike in the death toll came as the high-profile activist at the centre of the violence accused Abiy, this year's Nobel Peace Prize laureate, of acting like a dictator and suggesting he might challenge him in elections planned for next year.

"The total number dead in Oromia is 67," said Kefyalew Tefera, the regional police chief, adding that five of the dead were police officers. Violence erupted in Addis Ababa, the capital, and in much of Ethiopia's Oromia region on Wednesday after the activist, Jawar Mohammed, accused security forces of trying to orchestrate an attack against him -- a claim police officials denied.

Kefyalew told AFP that the violence had ended in Oromia but Amnesty International researcher Fisseha Tekle said late Friday that he was still receiving reports of attacks. The defence ministry said Friday that it was deploying forces to seven hotspots to restore order, according to the state-affiliated Fana Broadcasting Corporate.

Jawar is credited with promoting protests that swept Abiy to power last year but he has recently become critical of some of the premier's policies. In an interview at his residence in Addis Ababa, Jawar told AFP that Abiy -- named Nobel Peace laureate two weeks ago -- seemed to be taking Ethiopia back to "the old ways" of authoritarian rule.

"He has resorted to the early signs of dictatorship, of trying to intimidate people, even his very close allies who helped him come to power who happen to disagree with some of the policies and positions and ideologies he's advocating," Jawar said.

"Intimidation is the start of authoritarian rule." Both men are members of the Oromo ethnic group, Ethiopia's largest. Their feud highlights divisions within Abiy's Oromo support base that could complicate his bid for a five-year term when Ethiopia votes in elections currently planned for May 2020.

Jawar said that running against Abiy was "one possibility," though he also said he could be convinced to back Abiy if he changes course. "I want to have an active role in the coming election. In what capacity I'm not sure but I want to make sure that the influence I have in the country has a positive contribution," he said.

After two days of violent protests, tensions had cooled Friday in Addis Ababa, although the total damage inflicted by the unrest was still being tallied. Fisseha of AI said the violence had included instances of security forces opening fire on protesters but was increasingly taking the form of ethnic and religious clashes.

"Some people have lost their lives with sticks, with machetes, some houses have been burned. People have been using even bullets and light arms to kill each other, to fight each other," he said. At least six people were killed in the town of Ambo, west of Addis, after security forces opened fire on protesters, Fisseha said.

Ethnic and religious violence has been reported in the towns and cities of Dodola, Harar, Balerobe and Adama. Property belonging to the Ethiopian Orthodox Tewahedo Church, which some associate with the Amhara ethnic group, has been targeted in several locations, Fisseha said.

Daniel Bekele, head of the Ethiopian Human Rights Commission, urged public figures to tamp down virulent rhetoric that could contribute to additional unrest. "It is extremely depressing that public officials and community leaders don't appreciate the consequences of their actions and words leading to this senseless loss of lives, destruction of property and disruption of ordinary life," he said. "As security forces are struggling to calm the crisis, everyone has a responsibility to do their share and cooperate." 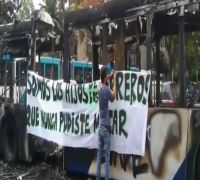 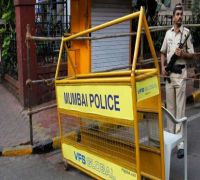 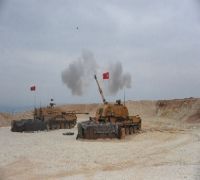