The United Office of Counter-Terrorism launched the 'UN Countering Terrorist Travel Programme' which is funded by India, Japan, the Netherlands, Qatar and Saudi Arabia.

Senior UN official Jelle Postma told PTI that India helped the UN agencies get the programme started with its contribution of USD 250,000, giving them a push in the right direction and now other donors are also stepping in. 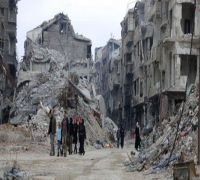 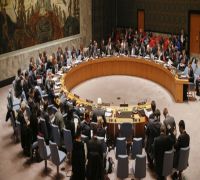 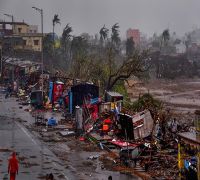 India's support was highly appreciated by the UN, he said.

Postma said the United Office of Counter-Terrorism and other agencies involved in the effort are hoping to engage further with India to examine how this cooperation can be prolonged.

It helps India as well to be more safe too, he said.

Guterres referred to the recent terror attacks in New Zealand and Sri Lanka to expressed concern over the spread of the scourge of terrorism while warning about the dramatic movement of terrorists around the world.

Sri Lanka is among the first confirmed beneficiary States of the programme. The island nation came under attack on Easter Sunday as terrorists killed over 250 people.

“The recent despicable attacks in Kenya, New Zealand and Sri Lanka, among others, are tragic reminders of the global reach of the scourge of terrorism. These attacks underscore the need to work closely with partners across the United Nations system and beyond," Guterres said at the official launch of the programme in the General Assembly hall.

The UN Chief stressed the UN Countering Terrorist Travel Programme is about helping to meet these objectives.

Expressing gratitude to the Dutch Government for its generous contribution to the effort, Guterres said "I also appreciate the continued support of the Governments of India, Japan, the Kingdom of Saudi Arabia and the State of Qatar to the counter-terrorism work of the United Nations".

India is at the forefront of efforts at the UN to combat terrorism and ensure that perpetrators of heinous terror attacks are brought to justice.

Merely days after Pakistan-based Jaish-e-Mohammed chief Masood Azhar was listed as a global terrorist at the UN Security Council, India gave a clarion call for strengthening efforts to adopt the long-pending Comprehensive Convention on International Terrorism for countering the global scourge.

India had proposed a draft document on the Comprehensive Convention on International Terrorism at the UN in 1986 but it has not been implemented as there is no unanimity on the definition of terrorism among the member states.

The programme aims to support member states to use travel information to detect, prevent, investigate and prosecute suspected terrorists, while respecting high safeguards for data protection and in compliance with international human rights laws.

The UN will provide state-of-the-art software 'goTravel' - capable of analysing travel data which, based on context-specific risks, will help them to detect and track suspected terrorists and their movements across borders.

The programme will help member states collect, process and share travel data with other competent national and international authorities, with full respect for privacy and other fundamental freedoms.

The UN chief said just two years ago, the world organisation estimated that over 40,000 foreign fighters from more than 110 countries may have travelled to join terrorist groups in the Syrian Arab Republic and Iraq.

"Following the territorial defeat of ISIS, many terrorists are trying to return home or relocate to safe havens or other troubled parts of the world. Many are well trained and could carry out future terrorist attacks," he said.

He said others are hoping to radicalise and recruit new followers to their cause, representing a major transnational threat.

Guterres underscored that detecting and disrupting these terrorists and other high-risk criminals prior to them carrying out an attack was a high priority for the international community.

"This information sharing will enhance the abilities of Member States to effectively detect, prevent, investigate and prosecute terrorist offences, including their related travel. Importantly, this will also enable the detection and disruption of human trafficking and other forms of serious organised crime and to faster identify their victims," he said.

The first phase of the programme will run for five years and an estimated USD 12 million per year is required for it.

Guterres said the programme represents the kind of cooperative, inter-governmental and institutional approach that he aimed for when he established the Global Counter-Terrorism Coordination Compact last year to enhance counter-terrorism coordination and coherence across the system.

"The United Nations Counter-Terrorism Centre has stepped up its efforts to meet the growing expectations and demands from countries most affected by terrorism. Let us all pledge to continue to work together in pragmatic and innovative ways to address serious threats to international peace and security," he said.