The remarks of the prominent Gilgit-Baltistan activist at UNHRC has come as a big embarrassment for Pakistan, which tried to peddle "false" narrative on Kashmir.

In a major embarrassment for Pakistan at the 42nd United Nations Human Rights Commission (UNHRC) Session in Geneva, prominent Gilgit-Baltistan activist Senge H Sering on Wednesday said that the region occupied by Islamabad is a part of India.

"Gilgit-Baltistan is part of India. Members of the United Nations need to realise that Pakistan has become a big stumble block for last 70 years," Sering said during his UNHRC address.

Gilgit-Baltistan, formerly known as the Northern Areas, is the part of the India’s larger Kashmir region. The region is located near the Pakistan occupied Kashmir to the south, the province of Khyber Pakhtunkhwa to the west, the Xinjiang region of China to the east and northeast and Jammu and Kashmir to the southeast.

Although Gilgit-Baltistan has its separate Assembly, the region is still under the rule of Pakistan as the real power rests with the Governor and not the chief minister. However, people of the area are against the Pakistan rule with most of them willing to join India again. 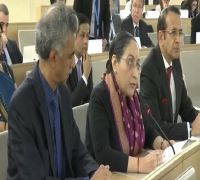 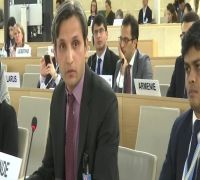 Pakistan Went Ahead To Call For Jihad, Encourage Violence In J-K: India's Rebuttal At UNHRC 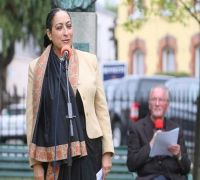 And now the remarks of a prominent activists at the UNHRC has come as big humiliation for Pakistan, a day after it tired to peddle its own narrative about the ongoing situation in Jammu Kashmir, which India said was “false and concocted”.

During his address at the UNHRC, Pakistani Foreign Minister Shah Mehmood Qureshi had demanded an international probe into the situation in Kashmir following the nullification of Article 370 and bifurcation of the state into the two Union Territories (UTs).

In his response, India set the record straight on Kashmir by clearly asserting that the decision on Kashmir was taken by the country's parliament and New Delhi would not accept any interference in the country's internal affairs.

In an official statement, Secretary (East) in the External Affairs Ministry Vijay Thakur Singh, in a clear reference to Pakistan, said those who speak on the human rights of minorities in other countries are "trampling upon them at will in their own country".