Meanwhile, India said Pakistan's attempt to polarise and politicise the Kashmir issue at the UN Human Rights Council has been rejected.

Imran Khan welcomed the EU's call in the Human Rights Council for a peaceful solution of the Kashmir dispute. (File Photo: Twitter)

Imran Khan on Thursday claimed that 58 countries had joined Pakistan at the United Nations Human Rights Council (UNHRC) against India's treatment of the situation in Jammu and Kashmir following the abrogation of Article 370 of the Indian Constitution.

"I commend the 58 countries that joined Pakistan in Human Rights Council on 10 Sept reinforcing demands of the international community for India to stop use of force, lift siege, remove other restrictions, respect and protect Kashmiris' rights and resolve Kashmir dispute through UNSC resolutions," the Pakistan’s prime minister said in a tweet.

Khan said in the second tweet, "I welcome the EU's call in the Human Rights Council for a peaceful solution of the Kashmir dispute in line with UNSC resolutions, international law and bilateral agreements."

However, there are only 47 members of UNHRC. Reacting to Khan’s tweet, Raveesh Kumar, spokesperson, Ministry of External Affairs, said, "The list of countries, you have to ask them - we do not have the list. You have to understand that UNHRC has 47 members, they have gone beyond that. Pakistan is trampling its own minorities."

Meanwhile, India said Pakistan's attempt to polarise and politicise the Kashmir issue at the UN Human Rights Council has been rejected.

It also said Pakistan needs to understand that "repeating a lie four or five times does not turn it into a gospel truth".

The global community is aware about Pakistan's role in aiding, abetting and supporting terrorist infrastructure which they have in their country, Raveesh Kumar said.

Pakistan's attempt to "polarise and politicise" the Kashmir issue at the UNHRC has been rejected, he said.

His remarks came two days after India and Pakistan engaged in a war of words over the Kashmir issue on Tuesday at the UNHRC with New Delhi stoutly defending its "sovereign decision" to revoke Jammu and Kashmir's special status, an issue on which Islamabad demanded an international investigation by the global rights body.

"It is quite audacious on the part of Pakistan that the country which is harbouring terrorists, which is the epicentre of terrorism, is pretending to speak on behalf of the global community on human rights," Kumar said.

"Their record of persecution of minorities, both ethnic and religious, I don't need to amplify...The credibility of the messenger here is highly suspect. This is something which the global community is aware of," he said. 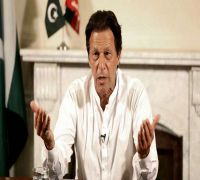 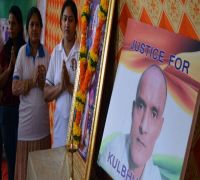 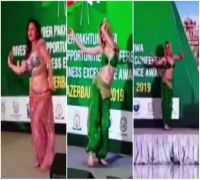