India has urged the UN Security Council to focus on eliminating terrorist safe havens in Pakistan and accused Islamabad of differentiating between good and bad terrorists. 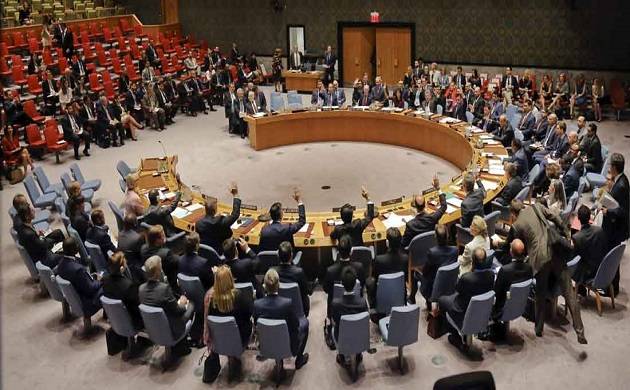 India has urged the UN Security Council to focus on eliminating terrorist safe havens in Pakistan and accused Islamabad of differentiating between good and bad terrorists.

"There is a common Afghan saying that roughly translates as "If water is muddied downstream, don't waste your time filtering it; better to go upstream to clean it," Indian Ambassador to the UN, Syed Akbaruddin told the UN Security Council during a special ministerial meeting on Afghanistan.

"As such, support for voices of peace in Afghanistan alone is not enough. We must focus on addressing the challenges posed by cross border terrorism emanating from safe havens and sanctuaries to our region and especially to Afghanistan," Akbaruddin said.

"If we do so, the decay, which has been inflicted on Afghanistan, can be made reversible," he added.

It is India's vision that Afghanistan regain its place and New Delhi remain committed to work closely with its regional and international partners to bring peace, security, stability and prosperity in Afghanistan.

"It is with this in mind that our Prime Minister Narendra Modi, during his visit to Afghanistan on December 24, 2015 to inaugurate the Parliament building, stopped over in Lahore, Pakistan," he said.

"Unfortunately, these visits were followed by a heinous and barbaric terrorist attack on the Pathankot airbase on January 1, 2016, perpetrated and planned by the very same mindsets which attack the spirit of Afghanistan every day," he added.

"These mind sets differentiate between good and bad terrorists. These mindsets refuse to see reason in peace.

They are mindsets that are reluctant to join hands in moving the region forward to build a shared future for our people and our youth. These mindsets, Mr. President, need to change," Akbaruddin said.