Iraqi officials on Saturday said the casualty toll had risen to 25 dead and 130 wounded after a bloody night of attacks by unknown gunmen that targeted anti-government demonstrators. 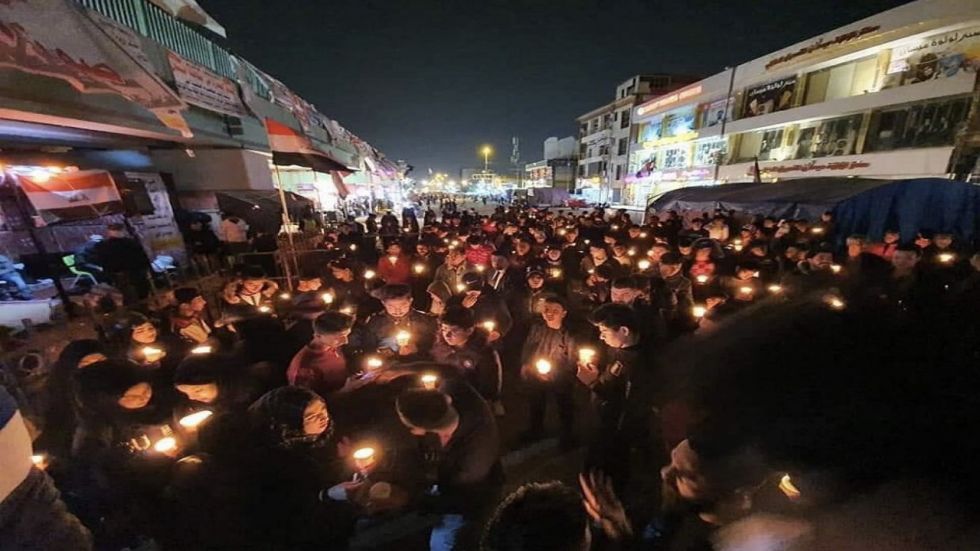 Iraqi officials on Saturday said the casualty toll had risen to 25 dead and 130 wounded after a bloody night of attacks by unknown gunmen that targeted anti-government demonstrators in the capital. Influential Shiite cleric Muqtada al-Sadr, the head of parliament's Sairoon bloc, said a drone had targeted his home in the holy city of Najaf on Saturday, according to statements from the political party.

The attack Friday was among the deadliest since October 1, when thousands of Iraqis took to the streets calling for sweeping political reforms and the end of Iran's influence in Iraqi affairs.

Protesters said the electricity in the square was cut, creating chaos as they ran from the bullets and took cover in nearby mosques and streets.

Three among the dead were policeman and the rest were protesters, the officials said.

The attack included the burning of a car park that demonstrators had converted into a base for their sit-in, while surrounding buildings in the square were pockmarked with bullet holes.

Friday's deadly attacks came hours after Washington slapped sanctions on the head of Asaib al-Haq, a powerful Iran-backed militia accused of being behind deadly sniping attacks on protesters. The U.S. Treasury sanctioned leader Qais al-Khazali, his brother Laith al-Khazali, who is a commander in the group, and Husain Falih Aziz al-Lami.

Earlier, the United States accused Iran of meddling in Iraq’s quest to form a government, calling it a “huge violation” of sovereignty. “We are encouraging neighbours not to meddle and undermine the constitution of the country,” said David Schenker, the top US diplomat for the Middle East. Demonstrators across Iraq have blamed powerful eastern neighbour Iran for propping up the Baghdad government which they were seeking to topple.

Pointing to elite Iranian commander Qasem Soleimani’s presence in Baghdad, Schenker said: “It is unorthodox and it is incredibly problematic and it is a huge violation of Iraqi sovereignty.”