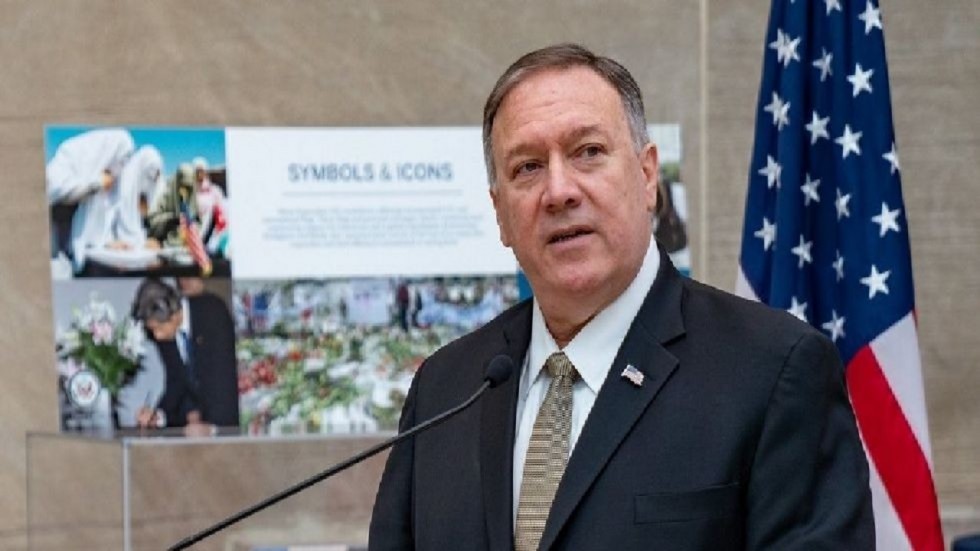 The United States had sent troops to Iraq more than four years ago to help in the fight against the Islamic State group. (Photo Credit : Twitter/@SecPompeo )

US Secretary of State Mike Pompeo alleged Monday that Iraqi leaders have told him privately they support the US troop presence, despite public appeals for them to leave. This came after last week Iraq’s parliament voted to expel the US military from the country. The lawmakers voted in favour of a resolution that mandates to end the presence of military of any other country in Iraq. With almost 5,000 US troops stationed in Iraq, the resolution seeks United States to withdraw its military.

However, Pompeo said he heard a different message in conversations with around 50 Iraqi leaders since the start of the month. "They won't say so publicly. But privately they all welcome the fact that America is still there executing its counter terror campaign," Pompeo said.

The resolution in Iraq’s parliament came after a US airstrike killed Iranian Gen. Qassem Soleimani inside Iraq, dramatically increasing regional tensions. The resolution was backed by most Shiite members of parliament, who hold a majority of seats. Many Sunni and Kurdish legislators did not show up for the session, apparently because they oppose abolishing the deal.

The United States had sent troops to Iraq more than four years ago to help in the fight against the Islamic State group.

Who Was General Qasem Soleimani?

Soleimani was one of the most popular figures in Iran and seen as a deadly adversary by America and its allies. General Soleimani, who headed the external operations Quds Force for the Guards, had wielded his regional clout publicly since 2018 when it was revealed that he had direct involvement in top-level talks over the formation of Iraq's government. It was no surprise at the time for a man who has been at the centre of power-broking in the region for two decades.

Soleimani has been in and out of Baghdad ever since, most recently last month as parties sought to form a new government. Where once he kept to the shadows, Soleimani has in recent years become an unlikely celebrity in Iran -- replete with a huge following on Instagram.

His profile rose suddenly when he was pushed forward as the public face of Iran's intervention in the Syrian conflict from 2013, appearing in battlefield photos, documentaries -- and even being featured in a music video and animated film. In a rare interview aired on Iranian state television in October, he said he was in Lebanon during the 2006 Israel-Hezbollah war to oversee the conflict.

To his fans and enemies alike, Soleimani was the key architect of Iran's regional influence, leading the fight against jihadist forces and extending Iran's diplomatic heft in Iraq, Syria and beyond. "To Middle Eastern Shiites, he is James Bond, Erwin Rommel and Lady Gaga rolled into one," wrote former CIA analyst Kenneth Pollack in a profile for Time's 100 most influential people in 2017.