Learn From Indian Diaspora: Why Imran Khan Gave THIS Message To Overseas Pakistanis

The Contributions Of The Non-Resident Indians In The Growth Of The Indian Economy Has Been Significant. 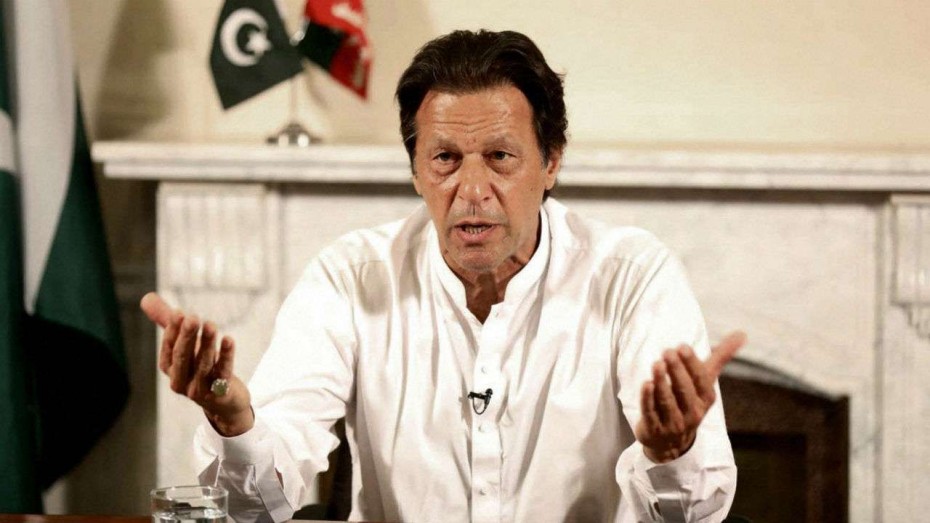 Overseas Pakistanis are our great asset but they are reluctant to invest in Pakistan because of corruption and bribery, Imran Khan said. (Photo Credit: PTI File Photo)

Pakistan Prime Minister Imran Khan on Monday urged the Pakistani diaspora to emulate overseas Indians and Chinese who have invested heavily in their motherland while assuring them a corruption-free environment to boost the cash-strapped country's economy. Addressing a ceremony here to mark the Anti-corruption Day, Khan said Pakistan was facing an existential threat due to rampant corruption. "The money that we had to spend on the education of youth, research and higher education, has been spent to make palaces across the seas and fill hefty bank accounts," he said. He lamented that Pakistani people were unaware of the dire consequences corruption could have on their lives.

"People don't understand the relation between corruption and their lives corruption badly affects them," Khan said. "Overseas Chinese invested in China, & overseas Indians invested in India; their economies boomed," Khan was quoted as saying by the official Twitter account of the ruling Tehreek-e-Insaf party. "Overseas Pakistanis are our great asset. I am connected with them. They are reluctant to invest in Pakistan because of corruption and bribery," the prime minister said.

The contributions of the Non-Resident Indians in the growth of the Indian economy has been significant. Last year, the World Bank estimated India's remittances to be the highest in the world, standing at USD 79 billion, followed by China and Mexico at USD 67 billion and USD 36 billion respectively.

Khan said the corrupt launder their illegal wealth outside the country, which in turn leads to devaluation and rise in inflation. "No one wants to invest in the society where corruption is widespread," he said. Taking an apparent jibe at his opponents, Khan said major infrastructure projects like the metro were built not for the people but to take commission and kickbacks.

He noted that Chinese President Xi Jinping became popular due to his ruthless drive against corrupt officials in Beijing. "President Xi jailed around 500 people of ministerial level? this shows he is a real statesman," the report quoted him as saying.

The prime minister lauded the performance of the National Accountability Bureau, saying the anti-graft probe body needs to be appreciated for recovering looted money. He said that the anti-corruption unit Punjab alone made recoveries worth Rs 132 billion, Geo News reported.

Khan also hailed the Punjab government for launching an anti-corruption app, and for "recovering encroached land worth billions of rupees. Referring to the anti-corruption app, the prime minister said that now even a common man can hunt down corrupt elements in the society.

Pakistan is facing a serious economic crisis with short supplies of foreign currency reserves and stagnating growth in recent years. Since assuming power in August 2018, Prime Minister Khan has been appealing to close allies like China and Saudi Arabia to provide loans at lower rates to overcome the financial woes.

Khan's speech came on a day when Pakistan signed an agreement with the Asian Development Bank for a loan worth $1.3 billion to support the cash-strapped country's public finances and shore up its slowing economy.