Pakistan: 15 Killed, 20 Injured In Blast At Mosque In Quetta

The nature of the explosion, which occurred inside the mosque during Maghrib prayers in Ghousabad neighbourhood, was not immediately known. 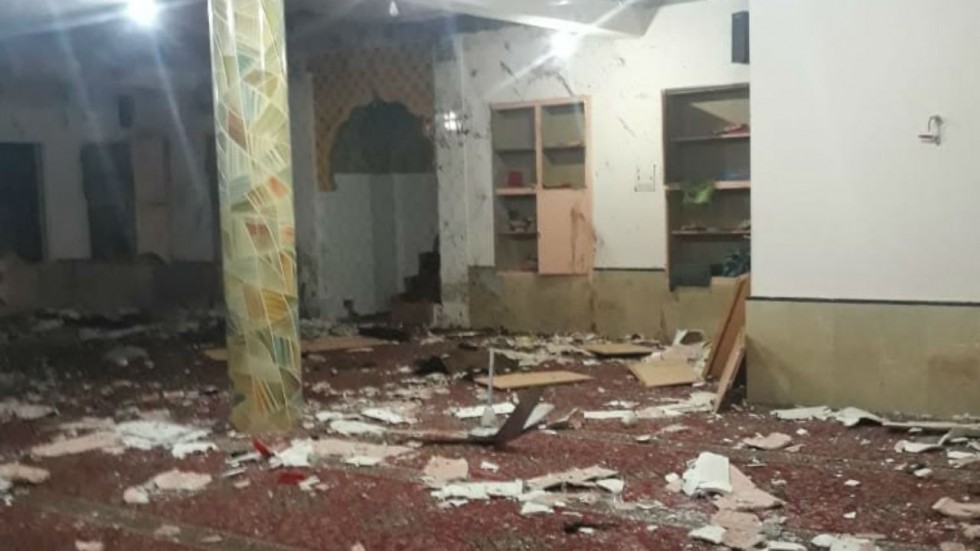 15 people were killed including an Imam and a senior police officer (Photo Credit : ANI )

A powerful blast at a mosque during Friday evening prayers killed at least 15 people, including an Imam and a senior police officer, and left 20 others injured in Pakistan's restive Balochistan province, three days after a bomb explosion claimed two lives in Quetta. The nature of the explosion, which occurred inside the mosque during Maghrib prayers in Ghousabad neighbourhood, was not immediately known, Dawn newspaper reported.

According to some media reports, the slain police officer was the likely target.

Last month, unidentified gunmen killed the DSP's son in Quetta, The Express Tribune reported. Twenty others were also injured in the blast, the report said.

Law enforcement agencies have cordoned off the area to investigate the incident.

The mosque, which is located in a densely-populated Pashtun-majority area, was being searched be the bomb disposal squad and security personnel.

Meanwhile, an emergency has been declared at all hospitals in the area.

TV footage showed debris and shattered glass spread on the floor of the mosque. No one immediately claimed responsibility for the blast. Pakistan military's media wing ISPR said that troops of the Frontier Corp (FC) Balochistan have reached the site and were carrying out joint search operation with the police.

"Every possible assistance be given to police & civil administration. Those who targeted innocents in a mosque can never be true Muslim," the ISPR quoted army chief General Qamar Bajwa as saying.

"Internal and external enemies are making failed efforts to create panic and unrest in the country," he said in a statement.

He said that "defeated terrorists will never be allowed to succeed".

The blast occurred three days after two men were killed and over a dozen injured in a blast near a vehicle of the security forces in Quetta.

In May last year, a bomb blast at a mosque in the provincial capital Quetta killed two people, including a prayer leader and injured 28 others. In August, an explosion took place inside a mosque during Friday prayers in the city.