India’s flagship global conference on geopolitics, the Raisina Dialogue, began on Tuesday with seven former heads of state or government sharing their perspectives on challenges facing the world, including the US-Iran tensions, Afghan peace initiatives. 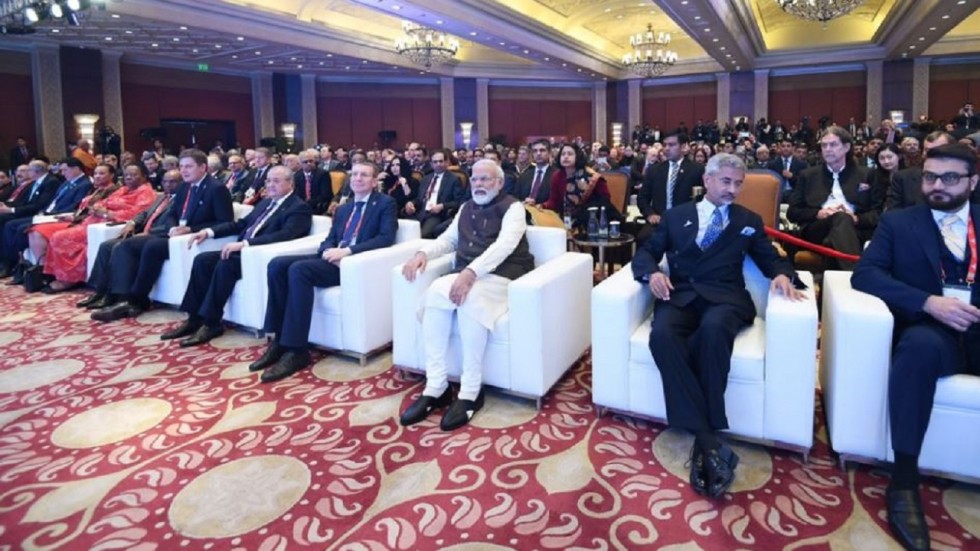 India’s flagship global conference on geopolitics, the Raisina Dialogue, began on Tuesday with seven former heads of state or government sharing their perspectives on challenges facing the world, including the US-Iran tensions, Afghan peace initiatives and climate change. During the inaugural session, attended by Prime Minister Narendra Modi, Danish PM and ex-NATO Secretary General Anders Rasmussen said he would like to see a global alliance of democracies to stand up to oppressive rulers and regimes and India could play an important role in such a coalition.

“India can play an important role in this... I am an admirer of Prime Minister Narendra Modi and India’s participation in this alliance is important,” he said. Australian Prime Minister Scott Morrison, who was scheduled to deliver the inaugural address at the Raisina Dialogue but had to call off his four-day visit due to devastating bushfires in several parts of his country, sent a video message for the dialogue.

In his message, Morrison said India is and will remain the “strategic lynchpin” in the Indo-Pacific. “The term Indo-Pacific reflects the recognition that India’s power and purpose will be vitally important to the region and to resolving and supporting shared security challenges. India has taken on an increasingly active role in the Indian Ocean,” he said.

Prime Miniater Modi after the event tweeted, “Attended the @raisinadialogue in New Delhi. Over the years, this has emerged as a vibrant forum for discussing important global and strategic issues. I also had the opportunity to meet leaders who are great friends of our nation.” Speaking at the event, External Affairs Minister S Jaishankar said Indian foreign policy seeks to achieve—a focus on key challenges, a broad engagement with many parties, and managing, if not leveraging, global contradictions.”

During the inaugural session, the spiralling US-Iran tensions following the killing of Iranian general Qasem Soleimani in an American drone strike, were also discussed. Without a change in the government of Iran, peace in the Middle East is not possible, former Canadian PM Harper said.

“Climate change cannot be tackled through targets. We need zero emission technology and development,” Harper said. Former Afghan president Karzai said Americans must realise they can’t force others to follow their line. “They couldn’t do it with Afghans, how can they do it with Iran?” he said, adding that wisdom must prevail and that wisdom must come from US.

Discussing the challenge of climate change, former New Zealand premier Clark said achieving zero carbon is important to combat climate change, but it is important to get national consensus on achieving this target. Tobgay said he was a believer in multilateralism, but the UN Security Council had failed on climate change. Talking about prospects of peace in Afghanistan, Karzai hoped for intra-Afghan dialogue between the government and the Taliban. “We’re optimistic about peace, we are Afghans,” he asserted.

Harper said one of the great challenges that liberal democracies are facing is coping with political protests in their own countries which have arisen primarily as a combination of new technology, the uneven distribution of organisation and rise of nationalism. “I think these are things creative leaders will learn to accommodate. I think the great strength of liberal democracies is that they are often wrong but over time correct their errors,” he said on being asked about whether the trans-atlantic liberal order he had envisioned was fraying.

Talking about India, Harper hailed Prime Minister Modi’s leadership, saying India will be a country that is self-defined. “India is not going to be a bastion of Western liberals. Under the current Government identity is coming back in a big way,” he said. Jaishankar, in his remarks, said five years ago, Prime Minister “gave us a challenge” and it was his view that as a rising power, India should not just be participating in global conversations organized by others, but it was important that it creates its own platforms, organize discourses and shape narratives.

“Five years later, I can state with some confidence that we have delivered to a great measure on those expectations,” he said. The fifth edition of the prestigious Dialogue, jointly organised by the Ministry of External Affairs and the Observer Research Foundation, will bring together 700 international participants from over a 100 countries, in one of the largest gatherings of its kind. 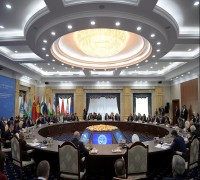 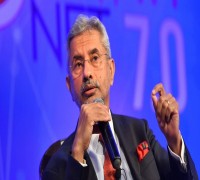 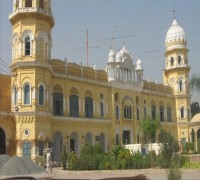