The Sri Lankan President Gotabhaya Rajapaksa on Wednesday named brother Mahinda as the next prime minister, according to the officials. 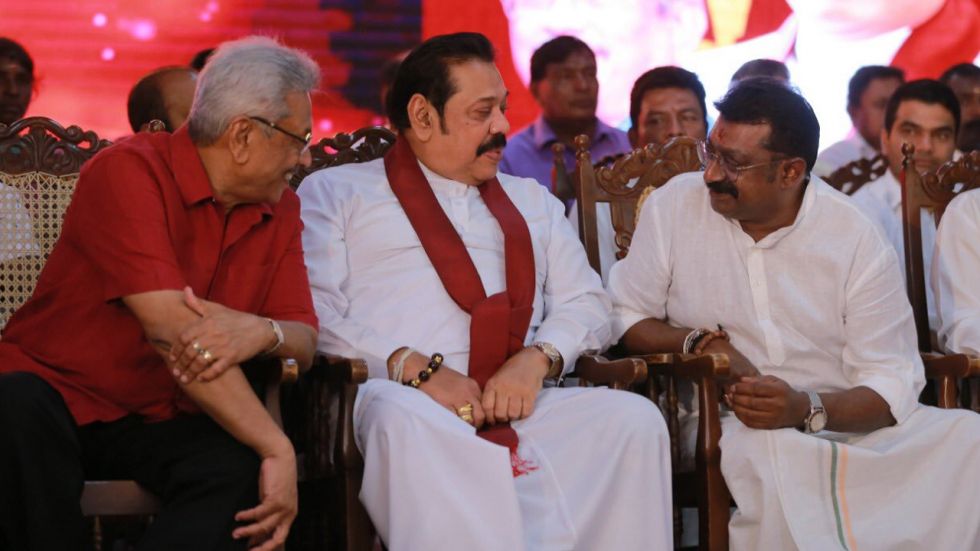 Gotabaya Rajapaksa sworn in as Sri Lanka’s new President on Monday at an ancient Buddhist temple, thanked the Sinhala majority for their overwhelming support and reached out to the jittery Tamil and Muslim minorities by promising to protect them though many of them did not vote for him.

The former defence secretary, who is credited with helping end the island nation’s long civil war against the Liberation Tigers of Tamil Eelam (LTTE), stormed to victory on Sunday in the presidential election, trouncing his nearest rival Sajith Premadasa by a margin of over 13 lakh votes - 52.25 per cent of votes polled against 41.99 per cent.

Rajapaksa’s swearing-in ceremony took place at the Ruwanweli Seya, a stupa and a hemispherical structure containing relics and considered sacred to Buddhists all over the world, in the ancient north central town of Anuradhapura, around 200 kms from the national capital Colombo.

Rajapaksa, the seventh Sri Lankan President, is the only one to be sworn in outside Colombo.

Clad in immaculate white, Rajapaksa, 70, signed the official document in the presence of Chief Justice Jayantha Jayasuriya at the auspicious time of 11:49 am after being administered the oath by the president’s secretary Udaya R Seneviratne.

In his short speech, Rajapaksa thanked the powerful Buddhist clergy in the country for backing his presidential bid and vowed to protect all communities while giving foremost priority to Buddhism.

He also thanked the Sinhala-majority people for electing him.

“I knew I would win the presidency with support coming only from the Sinhala majority. I told the minorities to join me. I did not receive their support. But I will make sure that I will be president for everyone,” he said.

Rajapaksa said he would protect all communities while giving foremost position to Buddhism.

Muslims make up nearly 10 per cent of Sri Lanka’s over 21 million people, who are predominantly Sinhalese Buddhists.

In his address, Rajapaksa also thanked his brothers Mahinda Rajapaksa and Basil Rajapaksa for assisting his successful presidential campaign.

He also promised to fulfil the promises made in his election manifesto and urged everyone to unite to rebuild Sri Lanka. President Rajapaksa who earlier served as the Secretary of Defense under President Mahinda Rajapaksa promised to make national security one of the priorities of his government as the country is coming to terms with the Easter Sunday terror attacks that killed 269 people.