There Is No Greater Threat To Human Rights Than Terrorism: US Commission On Kashmir Told

An American organisation representing Kashmiri pandits urged a US Congressional Commission not to be hijacked by politically motivated witnesses. 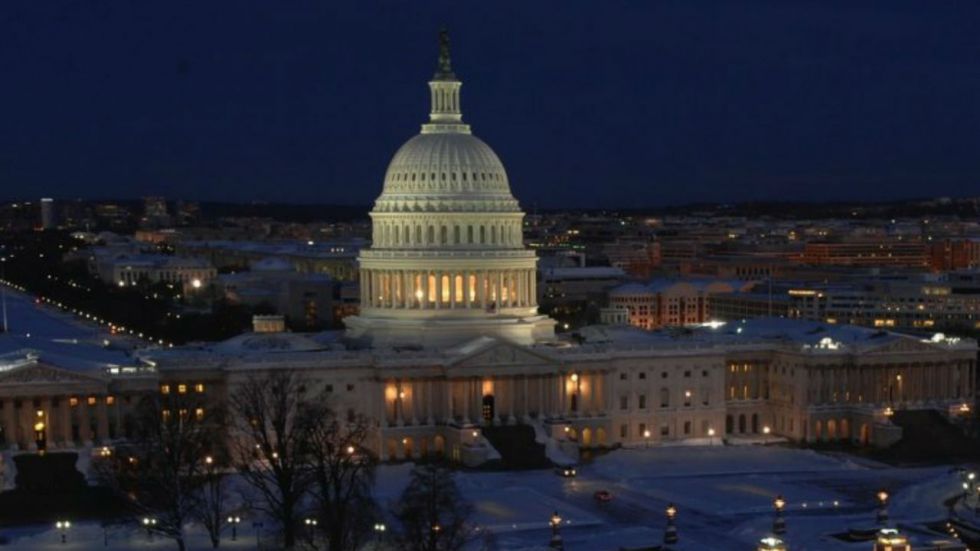 There is no greater threat to human rights and civil liberties than terrorism and radical extremism, a prominent American organisation representing Kashmiri pandits have told a US Congressional Commission, asking it not to be hijacked by politically motivated witnesses. In a statement for record for Tom Lantos Human Rights Commission, the Kashmiri Overseas Association (KOA) expressed its disappointment that the Commission chose not to reach out to the community members who have been silent victims of human rights over the last 30 years.

The Democratic Party-dominated Commission, a bipartisan Congressional Caucus of the US House of Representatives, held a hearing on the human rights situation in Jammu and Kashmir on Thursday.

"This would have elicited far wider response from potential expert witnesses, non-government organisations working in this field and wider public and would have enriched the Commission's hearing," said the statement submitted by the KOA President Shakun Munshi and Secretary Amrita Kaur.

In the statement of facts, which was released to the press on Friday, the KOA urged the Commission Co-Chairs -- Congressmen James McGovern and Christopher Smith -- to not let this platform be hijacked by politically motivated witnesses.

"The Commission should recognize the unique security challenges faced by India in Jammu and Kashmir due to cross border terrorism and call a spade a spade," it said.

"We urge the Commission to call upon Pakistan to end its state policy of sponsoring cross border terrorism in India," it said, adding that this is a prerequisite to protecting and respecting human rights in Jammu and Kashmir irrespective of religious preferences.

Asserting that the situation in Jammu and Kashmir is a direct product of cross-border terrorism, the KOA said that it is a widely documented fact that Pakistan has created, trained, armed and nurtured terrorist groups as a matter of its state policy in South Asia. This has resulted in the death of over 42,000 civilians in Jammu and Kashmir alone over the last three decades.

"About 130 terrorists and 25 terrorist groups listed and sanctioned by the United Nations Security Council for association with Al-Qaida, ISIS and associated terrorist groups are still based in Pakistan. It is no surprise that Osama Bin Laden, the mastermind behind 9/11 that took nearly 3,000 American lives, was found by the US intelligence to be residing mere miles from a Pakistani military base," the KOA said in its statement of fact.

KOA said that over the last two decades, UN-designated terrorist groups such as Lashkar-e-Taiba and Jaish-e-Muhammad based in Pakistan have carried out numerous terrorist attacks in Jammu and Kashmir and across India, including the 2008 Mumbai terrorist attacks in which innocent American civilians were among those killed.

"Over three decades of cross-border terrorism has not only disrupted normal life in Jammu and Kashmir, it has deprived its youth and women of economic opportunities," the KOA said, supporting the abolition of Article 370 and Article 35 A of the Indian constitution by the Indian government in August.

"Our hope is that this step creates an opportunity and conducive environment for the return of Kashmir Pandits to their roots. This can only happen if and when groups protecting human rights of innocent citizens of any country, such as your commission, will send a clear message of zero tolerance to the countries, like Pakistan," the KOA said.

The changes are, of course, opposed by Pakistan and its proxies in the region who are making efforts to radicalize the youth and propagate violent extremism, the organisation told the Commission.

"Given Pakistan's shameful record regarding the treatment of its own minority citizens including Ahmadi Muslims, Shia Hazaras, Christians, Sikhs and Hindus, the country's professed concern for Kashmiris is a politically motivated sham," it said.

"If Pakistan is concerned about the human rights situation in Kashmir, it should end its state policy of sponsoring cross-border terrorism," the KOA told the Commission.