Qasem Soleimani, the popular head of the Revolutionary Guards' foreign operations arm, was killed in a US drone strike outside Baghdad airport on January 3, ratcheting up tensions between the arch-foes. 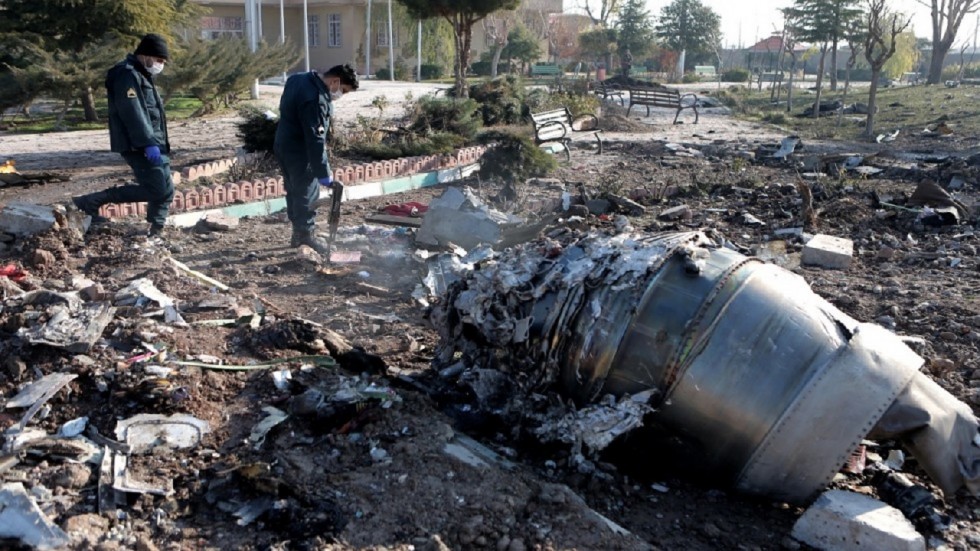 A report has emerged on how Ukraine International Airlines plane was brought down shortly after takeoff last week, killing all 176 passengers and crew on board. According to New York Times, two Iranian had missiles struck down the passenger jet. NYT posted a verified security camera footage showing double projectiles gliding through the sky before hitting their target.

Last week, Iran admitted that it shot down the Ukrainian passenger plane.

Meanwhile, Canadian investigators are flying to Tehran to access the wreckage and black boxes from a Ukranian jetliner. We don’t fully know what the scope of our investigation will be,” Transportation Safety Board (TSB) chair Kathy Fox told a press conference. However, she added, “there have been early signs that Iran is allowing the TSB to play a more active role than is normally permitted.”

“We do know what has happened. What we don’t know is why it happened,” Fox commented before listing off questions surrounding the crash that still need to be answered.

‘Regretting’ the crash, Iranian President Hassan Rouhani offered ‘condolences’ to the families of the victims. “Armed Forces’ internal investigation has concluded that regrettably missiles fired due to human error caused the horrific crash of the Ukrainian plane & death of 176 innocent people. Investigations continue to identify & prosecute this great tragedy & unforgivable mistake. #PS752 (sic),” Rouhani said on Twitter. “The Islamic Republic of Iran deeply regrets this disastrous mistake. My thoughts and prayers go to all the mourning families. I offer my sincerest condolences,” he said in another tweet.

Tensions are high in the Middle East after US killed top Iranian general Qasem Soleimani.

Qasem Soleimani, the popular head of the Revolutionary Guards' foreign operations arm, was killed in a US drone strike outside Baghdad airport on January 3, ratcheting up tensions between the arch-foes.