In a 228-193 vote, the House appointed seven impeachment managers who will argue the Democrats' case for removing Trump from the office of the US President. 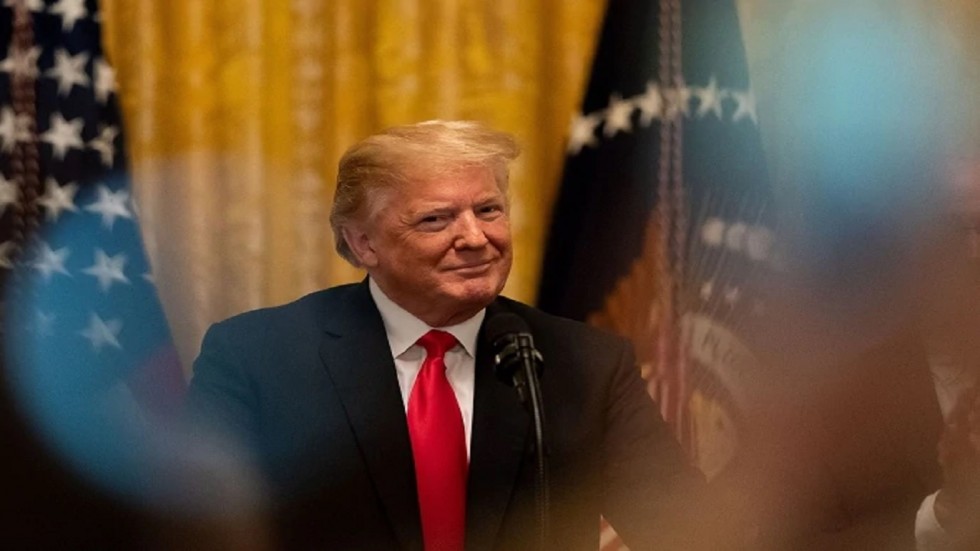 The US House of Representatives on Wednesday voted to send articles of impeachment to the Senate. (Photo Credit : IANS )

In a major development to remove President Trump from office for his alleged abuse of power, the US House of Representatives on Wednesday voted to send articles of impeachment to the Senate. In a 228-193 vote, the House appointed seven impeachment managers who will argue the Democrats' case for removing Trump from the office of the US President. The Senate is likely to begin the impeachment trial of US President Donald Trump on January 21, Majority Leader Mitch McConnell had said on Tuesday.

The 435-member House, where Democrats enjoy a majority, on December 18 charged Trump with "high crimes and misdemeanours"

Trump has been accused for allegedly making telephone call to Ukrain President Volodymyr Zelenskyy to investigate former Vice President Joe Biden, and his son, Hunter, who was had served on the board of a Ukrainian gas company.

Joe Biden is a leading contender in the race for the Democratic nomination for president in 2020. There has been no evidence of any wrongdoing by the Bidens.

Trump had hit back at Democrats saying that House Democrats ‘looked like a bunch of fools…they’ll receive a big backlash at the box office.’ Addressing a rally in Michigan last month, Trump had said that the Democrats have ‘branded themselves with an eternal mark of shame.’ Michigan rally was seen as Trump’s answer to the proceedings at the House of Representatives that impeached him in historic vote.

"With the illegal unconstitutional and partisan impeachment, the do-nothing Democrats are declaring their deep hatred and disdain for the American voter," Trump said. The Michigan speech went on for more than two hours. Taunting his detractors, Trump asked, ‘Have you seen my poll numbers in the last four weeks?’ He also slammed the Opposition saying, ‘they've been trying to impeach me since before I ran.’

The Trump Campaign slammed Pelosi for the impeachment process

"The fact that Nancy Pelosi sat on the articles of impeachment for as long as she did just proves that there was never any urgency and that it was just a failed attempt to politically damage President Trump leading up to his re-election," alleged Brad Parscale, Trump 2020 campaign manager.

"This was a sham impeachment from the beginning and never anything more than Democrats trying to interfere in an election that is now less than ten months away," Parscale said.

Speaking on the House floor, House Judiciary Committee Chairman Jerrold Nadler said that this trial is necessary because Trump gravely abused the power of his office when he strong-armed a foreign government to announce investigations into his domestic political rival.