Taking a dig at the Congress, PM Modi said that the previous government had no intentions or will otherwise such corrective measure could have been taken earlier.

PM Modi said that his government used technology to end this loot of 85 per cent completely. (Image Credit: ANI)
HIGHLIGHTS

Prime Minister Narendra Modi on Tuesday targeted the Congress party using a former prime minister’s remark that ‘only 15 paise of every rupee meant for the welfare of downtrodden reaches them’ and said that BJP government at the Centre in the last four-and-a-half years has ended ‘85 per cent of the loot’. Without naming Rajiv Gandhi, PM Modi referred to his remark that only 15 paise of Re 1 reaches the masses and said Congress governments over the years did nothing to stop the leakage.

“The party that ruled the country for so many years had given the system to the country, a truth that was accepted by the then prime minister. But what is regrettable is that later in its rule of 10-15 years, there was no effort made to end this loot and leakage,” PM Modi said.

The country's middle class kept giving tax honestly and this ‘loot’ of 85 per cent also continued, the prime minister said while addressing NRIs and Indian-origin people at the inauguration of the 15th Pravasi Bharatiya Diwas convention in his parliamentary constituency Varanasi. 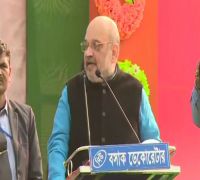 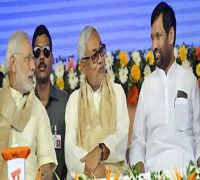 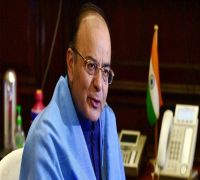 “I also want to tell you today's truth as well. We used technology to end this loot of 85 per cent completely. In the last four-and-a-half years about Rs 5,80,000 crore, about USD 80 billion, our government, through various schemes, has directly given to the people, transferring it in their bank accounts,” he said.

“Now just consider that if the country was being run through the old system, then even today from this 5,80,000 crore, about 4,50000 crores would have disappeared or leaked. If we would not have brought a change in the system then this amount would have been looted like the former prime minister had accepted that it was looted,” PM Modi said.

Taking a dig at the Congress, the prime minister said that the previous government had no intentions or will otherwise such corrective measure could have been taken earlier. PM Modi said his government also identified about 7 crore fake people who existed only on paper, taking advantage of government schemes.