Mohammad Shahzad blasted a century off 87 balls and Gulbadin Naib took the third-best bowling figures by an Afghanistan bowler as they warmed up for the ICC Cricket World Cup 2019 in style by beating Ireland.

Mohammad Shahzad’s brilliant 87-ball century, his sixth in ODIs and a stellar 62 from Rahmat Shah, a blazing 60 off 33 balls in the death overs from Najibullah Zadran and a haul of 6/43 from skipper Gulbadin Naib helped Afghanistan avenge their loss to Ireland in the first game by registering a 126-run win in the second ODI to level the series in Belfast on Tuesday. This was the last international game before the ICC Cricket World Cup 2019 and Afghanistan will be heading into the tournament high on confidence after a good all-round show from batsmen and bowlers alike. Afghanistan was jolted early when Ireland chose to bowl with Noor Ali Zadran falling cheaply to Mark Adair.

However, that was a minor blip for Afghanistan as Rahmat and Shahzad stole the show with a blazing partnership. Shahzad, in particular, found the boundaries on a regular basis and he notched up his fifty off just 40 balls. Rahmat, after starting slowly, opened up with a six and a four off Boyd Rankin and gave good company to Shahzad. Rahmat notched up his fifty and Shahzad notched up a brilliant century to put Afghanistan in a great position. 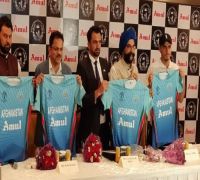 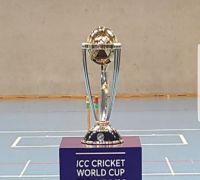 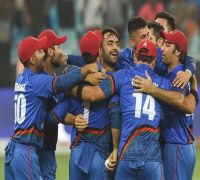 However, Andy McBrine got rid of both Rahmat for 62 and Shahzad for 101 as Afghanistan stuttered in the middle overs. However, Hashmatullah Shahidi and Najibullah Zadran took the attack to the Ireland bowlers as they blasted 77 runs in the last six overs. Najibullah got going with three boundaries off Tim Murtagh and a six off Rankin. Murtagh continued to leak runs as Najibullah blasted two fours and a six to notch up his fifty off 29 balls as Afghanistan reached 305/6.

In response, Paul Stirling started off brilliantly but Ireland lost James McCollum cheaply. Andy McBrine shared a good stand but Ireland struggled for momentum. Stirling, who had hit 77,130 and 71 in his previous three ODIs, continued his great run with yet another fifty but Gulbadin Naib tore through the middle order with a magnificent spell. Naib’s 6/43 was the third-best bowling figures for Afghanistan in ODIs after Rashid Khan and Afghanistan wrapped up the match in style.

Afghanistan will now play two warm-up games against Pakistan and England at Bristol and The Oval before opening their ICC Cricket World Cup 2019 campaign against Australia at Bristol on June 1.